Eight hundred years ago, "matcha" was introduced from China to Japan.
And now, from Japan to the world.

The history of "tea" is told to have begun in China in around 2700 B.C. Initially, Chinese people drank tea as a type of medical herb.

Japanese envoys and monks brought back tea seeds and tea culture from Tang Dynasty. Tea in those days was treated as medicine in Japan and was only available to aristocrats and the upper-class. In 1191, Eisai, the founder of Rinzai Sect, brought tea seeds back to Japan from China and introduced the matcha method of adding tea powder to hot water and stirring. He popularized tea in samurai society when he offered a cup of tea and the "Kissa Yojoki", the treatise describing the benefits of tea, to Sanetomo Minamoto, the shogun of that time. Matcha spread among commoners during Nambokucho period. During the Muromachi to the Azuchi-momoyama period, Juko Murata, Joou Takeno and Sen no Rikyu introduced the new style of tea ceremony called "Wabicha". After dissemination to the samurai society, "Sado" was established as known today. Washoku is well-accepted in many countries worldwide with growing support for health consciousness. Japanese tea and matcha have also been universally recognized. One can say that the word "MATCHA" is already known universally.

Tea, with its origin in China, is now exported worldwide from Japan. 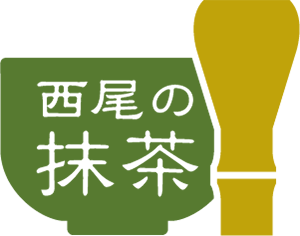 Shoichi Kokushi, the founder of Jisso Temple, brought tea seeds from Song Dynasty and planted the seeds in the precincts of his temple in 1271. That was the beginning of tea cultivation in Nishio-shi, Aichi-ken where AIYA is located.

Matcha cultivation was established owing to Yahagi river's abundance of water, fertile ground and mild climate of the area. Today, Nishio is one of the biggest tea producers in Japan.